Fatima Marashi was born in Zanzibar, Iraq and moved to the United States after previously living in England and Sudan. Throughout her interview Fatima expressed the important role religion plays in her the way she dresses compared to the influence of culture. The two dresses she owns were given to her as presents and she most commonly wears them when going to the mosque. Fatima has a black a’baya and a gilbab that she wears only at religious functions. She wears dishdashas around the house, whether she is hosting a dinner or just staying at home.

During her interview Fatima said “when I think of clothing I think of modesty.” Fatima decided to put on the hijab after she completed hajj and she supported her daughter while she was deciding to wear the hijab. She bought her a beautiful hijab and encouraged her daughter to wear it when she felt like she was ready. Fatima grew up moving from place to place as a child and remembers home as her mother wearing cultural clothing, but Fatima s generally more comfortable in. 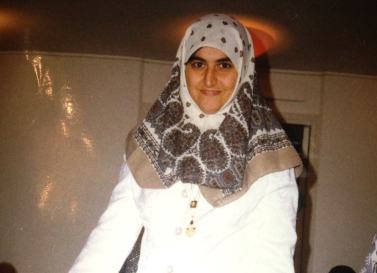